One of my most popular prints and Holiday cards uses a photo of a cardinal in snow taken in January of 2010.  So, each time we have a snow fall during the day, I take my camera out, hoping to get another great shot of a red cardinal.  I finally got a shot with a nice glow after the snow storm this week, even though this time you can't see the ice crystals on his face. 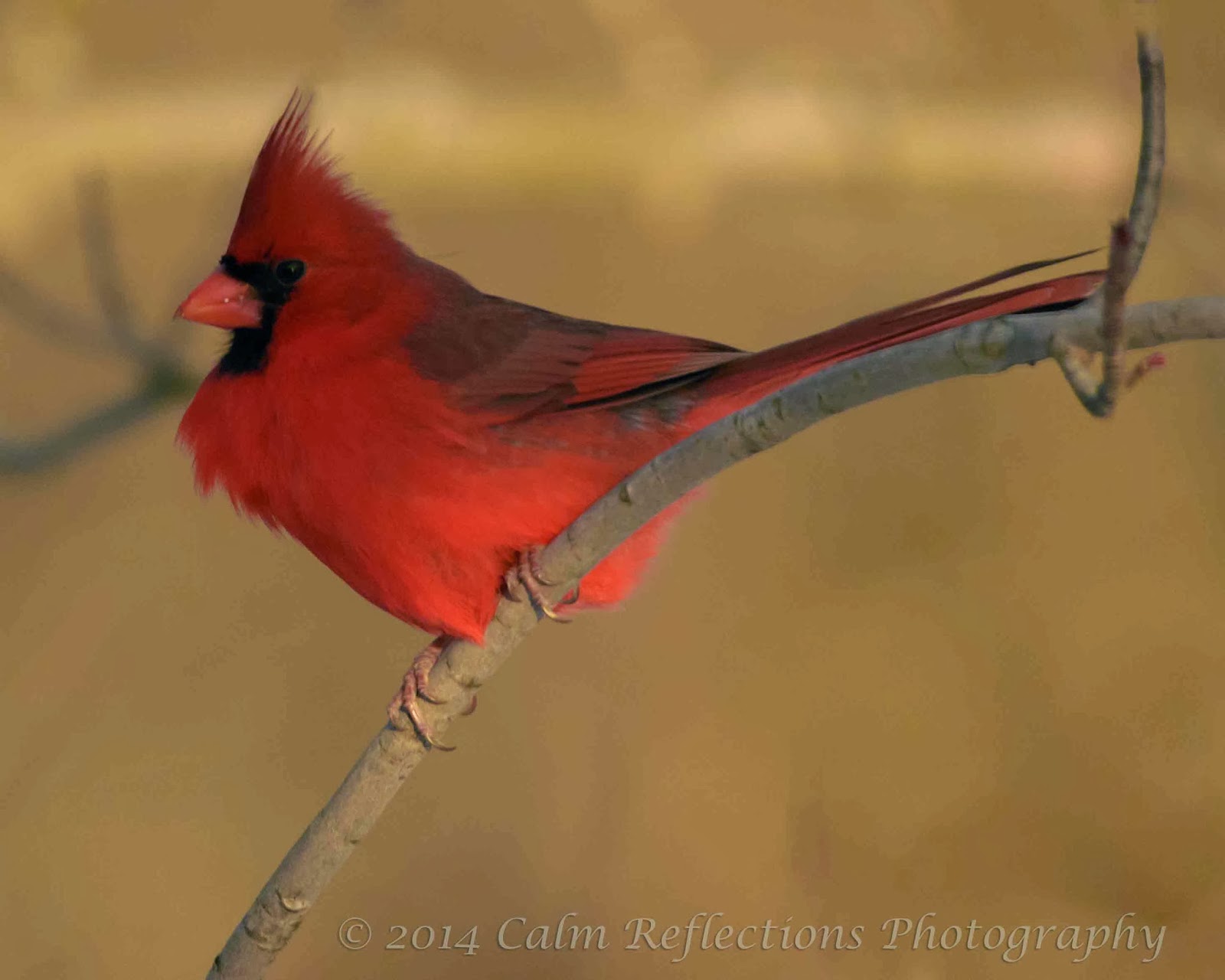 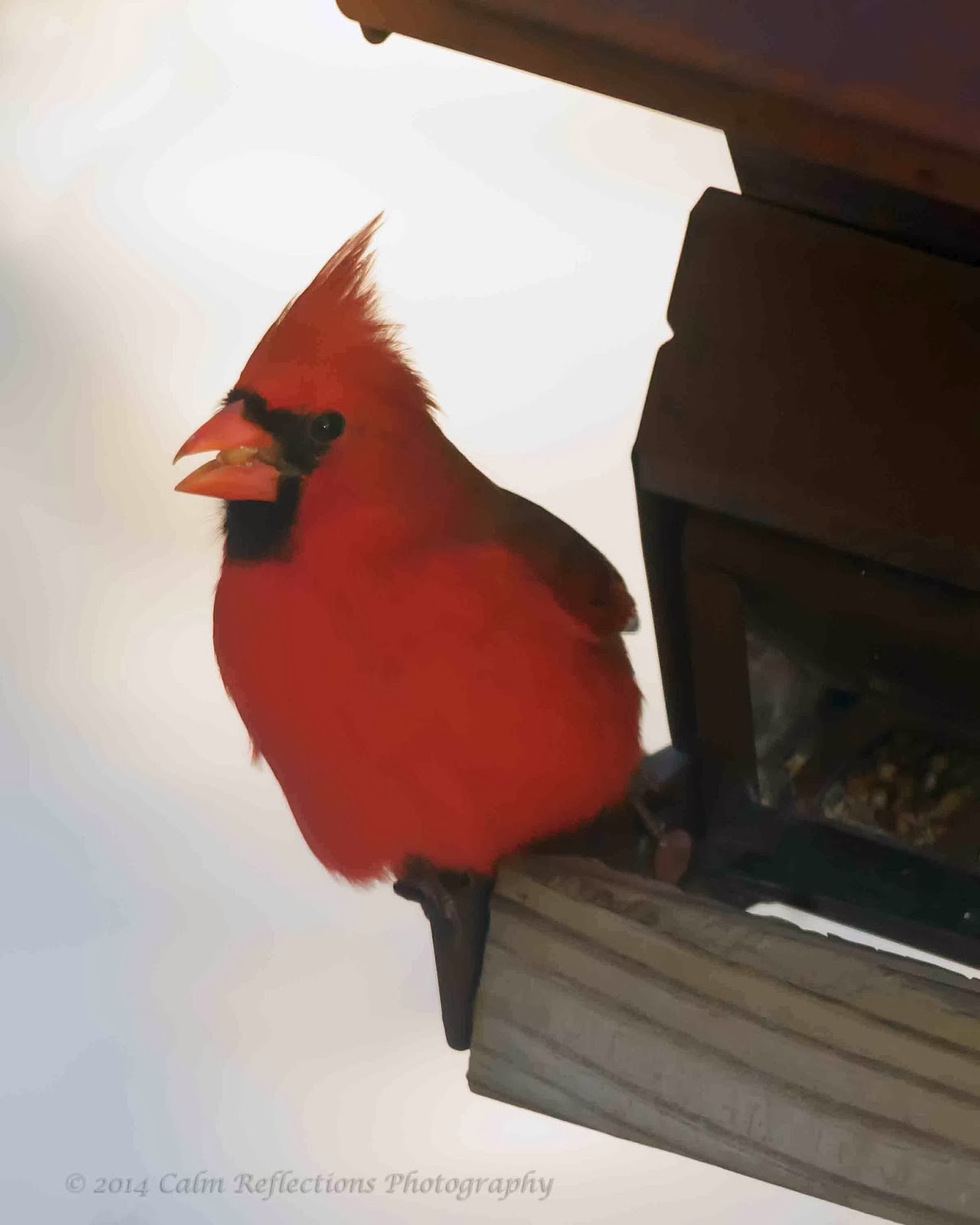 I liked this one too, but it doesn't have the extra glow. 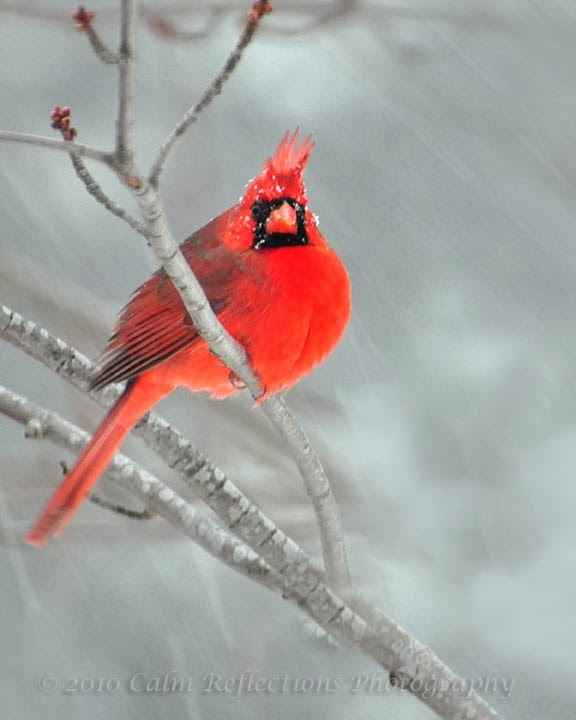 Here is the cardinal in Snow that is popular as a Holiday card and as a print taken in 2010.  The first and last photos are available for sale on Zazzle.com.