We had an interesting theme for the St. Mary's County Camera Club August Competition-make a sequence of photos all included in one picture.  The basic idea was to show a moving subject multiple times, while the background remained the same.  This only works with multiple exposures or several layers in a photo creating a composite of pictures.

This year there was one juvenile.  She learned to fly on a Saturday around 9:30 am.  Lucky me.  They usually flap their wings vigorously and hop up and down a lot!!!  I had watched her practice for a few days.  Finally she took off at a shallower angle than usual toward the south.  (Generally, the experienced birds fly more west and at a steeper angle.)  I managed to get the flight on film with four still shots.

I spent quite a lot of time trying to come up with another sequence photo to add to the competition, but I didn't succeed.  I tried using amusement park photos, but there was lots of equipment that seemed like it would ruin the photo, since the rides were always attached and couldn't be separated to create individual images instead of blurs.  In the end, a blurred looking train photo was the winner.  I took second place with "First Flight".  I think if I did the photo again, I would only show 3 images of the osprey, so she wasn't flying out of the photo so much.  Which photo do you prefer?  The face is fairly hidden in the highest image.  Altogether, it was an interesting challenge. 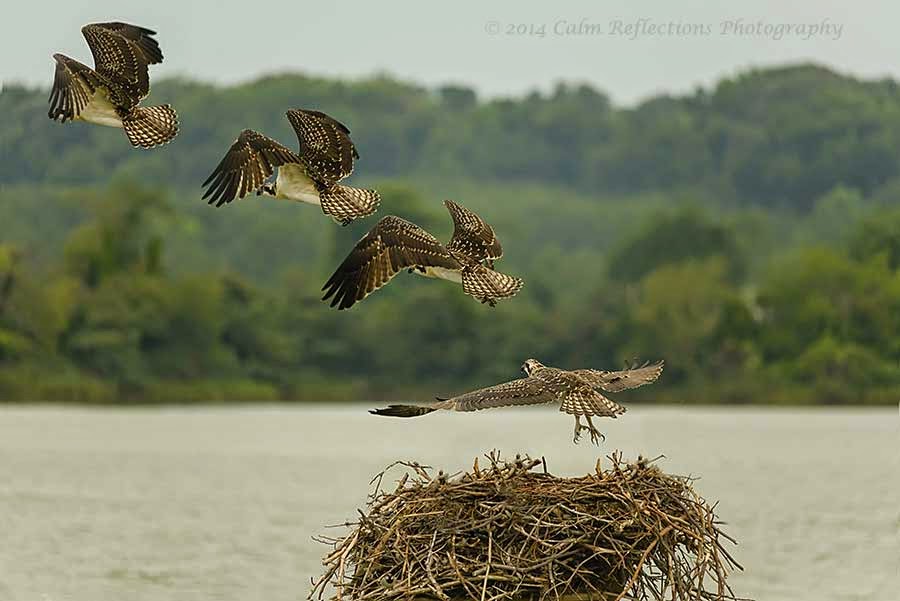 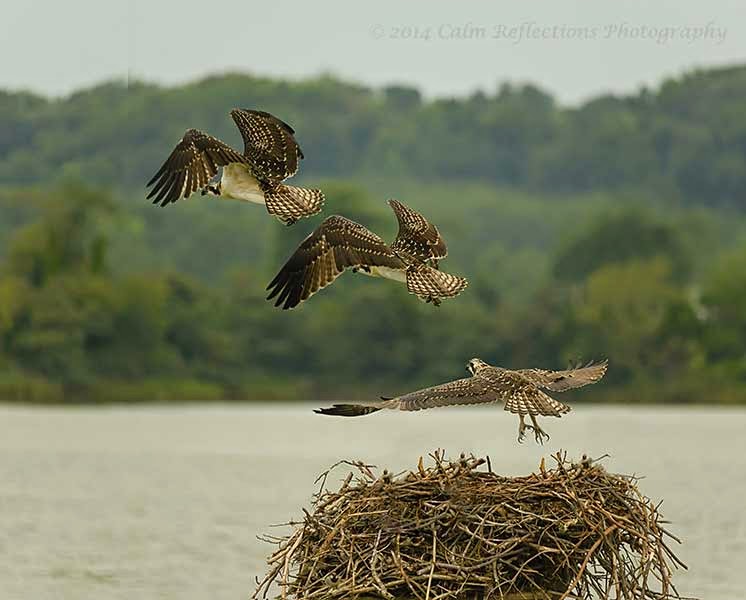 Recently, a fawn posed for me in the yard.  Very sweet.  Here are the best ones.  I think they would look nice in a group frame. 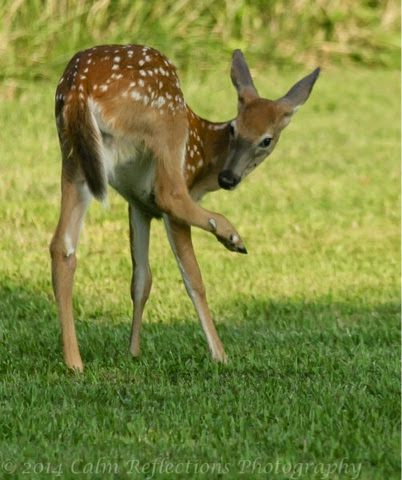 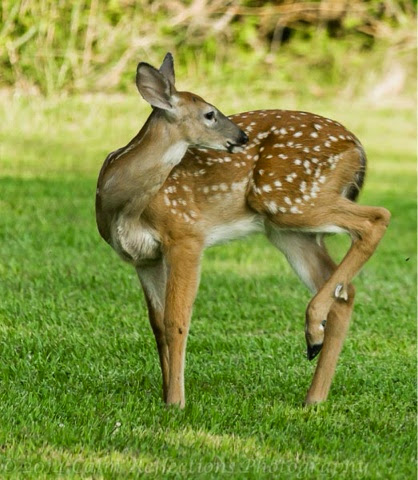 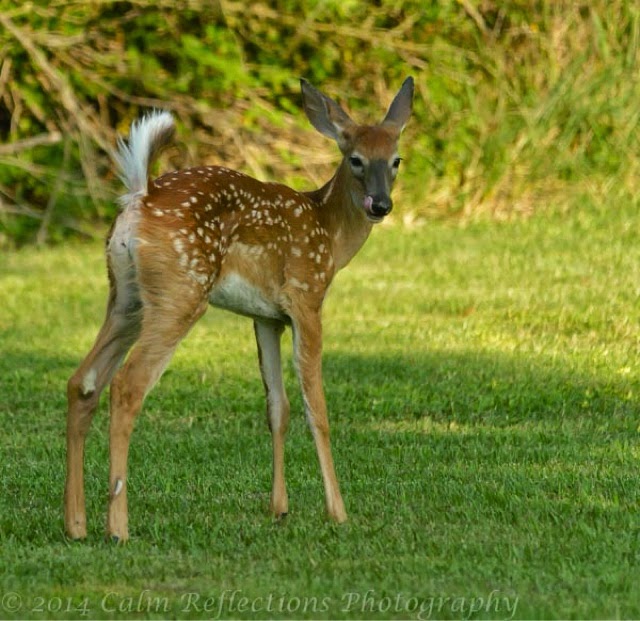 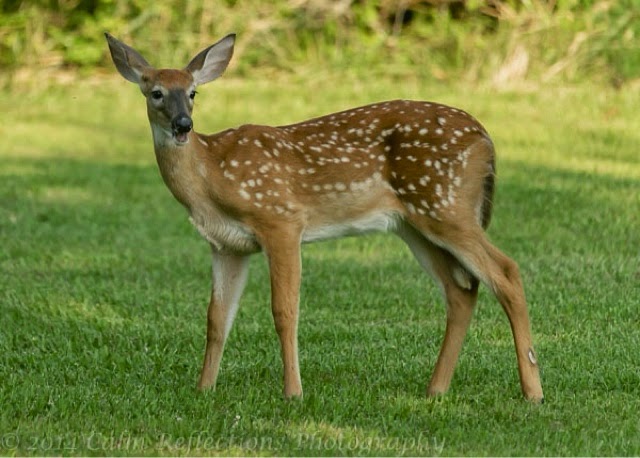 I forgot to share some photos of the Tall ships that visited Solomon's Island on June 20th for the 1812 celebration.  The weather was rather gray, but the ships were interesting. 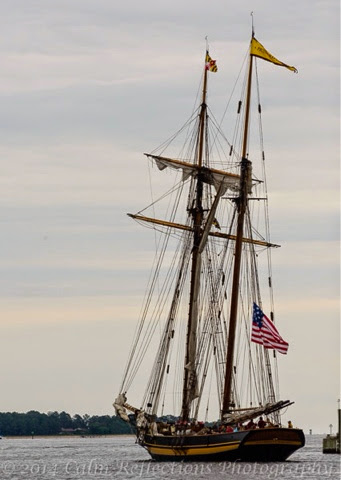 The Pride of Baltimore 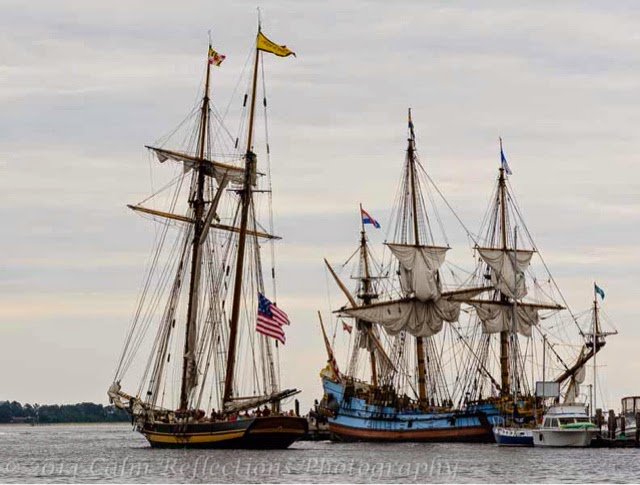 The Pride of Baltimore and the Kalmar Nyckel (from Delaware)
Posted by Joanna at 12:06 AM No comments:

Survival of the Fittest

Recently, I noticed a dead osprey face down, wings outstretched on a neighbor's lawn.  I suspected it had fallen from the sky because it wasn't huddled into a ball, but spread wide.  I don't think anyone saw what happened.  After a few days, I wondered if it was one of "our" ospreys, since lately I only saw the juvenile and one adult.  Given the fact that earlier there was a private war going on involving "our" osprey, I suspect the bird could have been attacked.  We will never know. 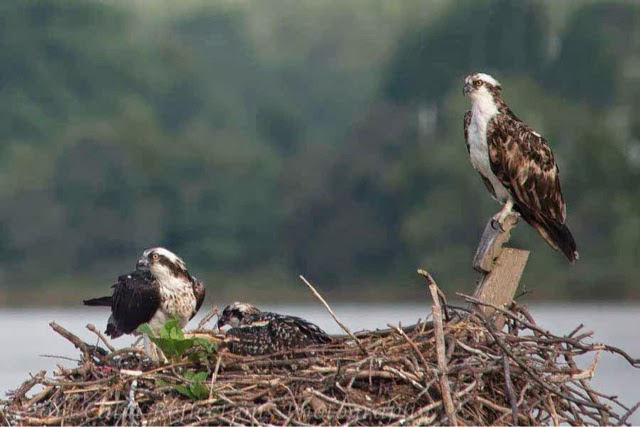 Osprey family in July.  The juvenile is the little speckled bird in the middle. 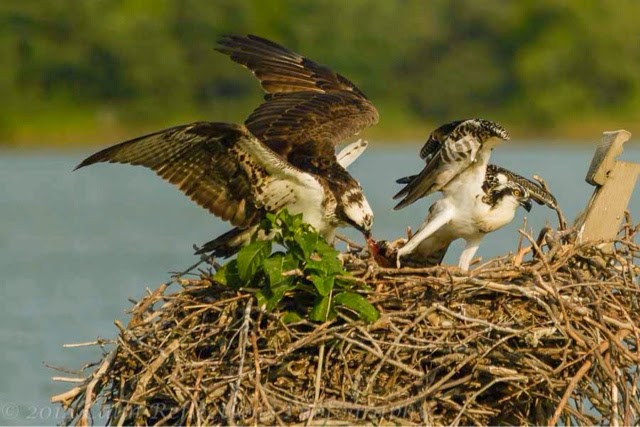 Since then, I photographed the juvenile defending their food from an adult bird by holding it down with a claw (not very successfully).
The juveniles can be identified easily by their orange-yellow eyes, while the adults have yellow eyes. 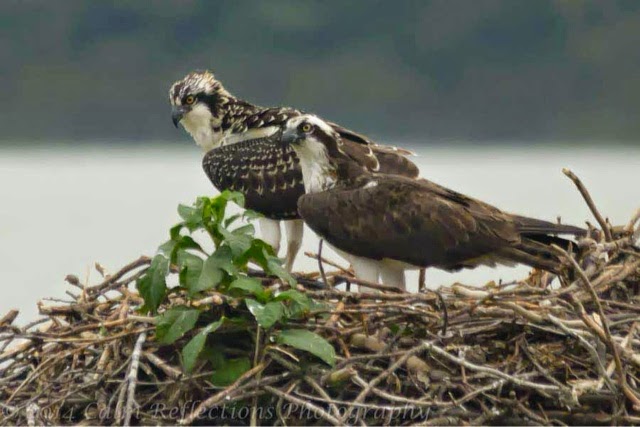 Two osprey in the family with the juvenile in the background.
Posted by Joanna at 12:34 AM No comments: