Going to the Races, the Boat Races that is

We attended the Third Annual Offshore Grand Prix Boat Race on Solomon's Island recently. We almost missed it, because it was in September instead of October. Some of the biggest boats were particularly exciting with their powerful jet engines, very loud and rumbling. The local favorite was Tug It, (from Maryland, I believe) which won unexpectedly when another boat missed a buoy. I am sharing a photo that portrays a little of the excitement of this race for the National 2012 title. There is usually a helicopter or two around for fast rescues. 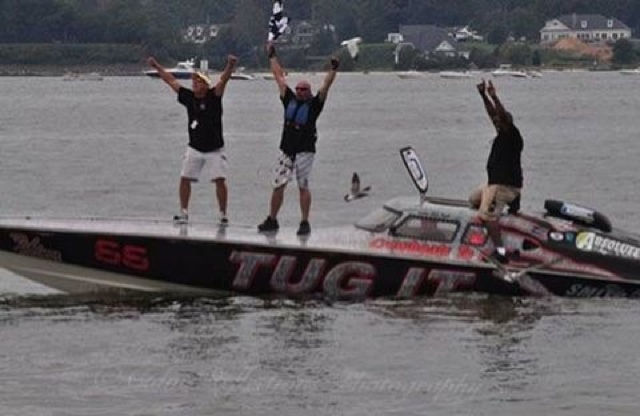